When is it too early for Christmas decorations?

Less than a week from December, it’s not hard to see trees, baubles and tinsel already on display in most town centers around New Zealand.

In stores, candles, ribbons, garlands and Christmas trees could be seen on the shelves last month, even before Halloween.

But for some, fairy lights and elves should only be allowed after December 1st.

So, is there a right time to party?

Joyce Morton, who lives in Mt Roskill, turns her house into the North Pole itself every year.

With more than 100 Santas and an entire Christmas village, her home has been a neighborhood attraction for the past 25 years.

“I start in October, I know people don’t agree with that, they think it’s stupid. But it used to take me a week but now it takes me almost 10 days to do it. I’m getting older.

“I actually don’t care what other people think about the decorations going up before December.

“Sometimes at night if there’s nothing on TV that’s really worth watching, I’ll sit in my chair and of course it’s dark and all the lights are on, and it’s absolutely magical.”

Krystal Poinga, who works as a warden in Glendene, takes a full week off every year in November to set up her house.

“My boss knows I’m taking a week off to decorate. If I could leave it all year I would. 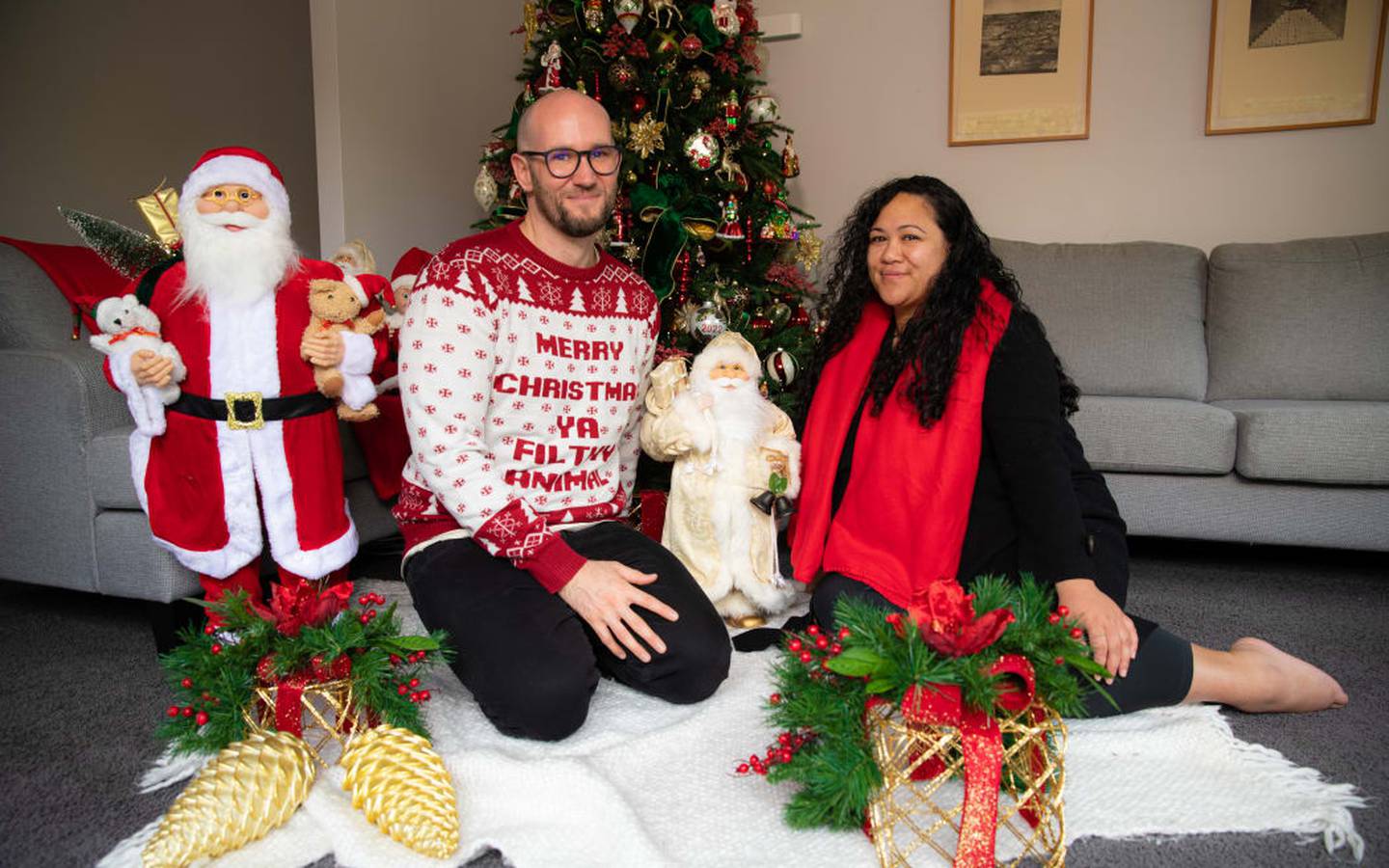 “It’s the joy and the excitement for the kids. I say the kids, but it’s actually me, they’re just an excuse,” Poinga said.

She said the unveiling of all the decorations and the lighting of the outdoor area is done in December, on her birthday.

“I get a sneak peek because I have to test what it looks like and when I decide to make the big reveal I get the whole family together for my birthday and turn on all the lights, it’s magical.”

Phillie Delany-Lott, a personal assistant who also lives in Auckland, is the creator of the Facebook page Christmas Ideas NZ, where people can exchange decorating ideas.

“I was at the end of my maternity leave, and it was a bit of an emotional time. I needed something to pick me up a bit so I thought I’d start this Christmas page and people can join if they want to and share their love for Christmas, because I love Christmas.”

Delany-Lott said there was no rule of thumb when it came to decorating.

“Everybody’s like ‘don’t post them until the first of December because that’s bad luck. But you set them up and then it’s Christmas Day and suddenly the feeling is gone. Christmas just comes and goes too fast so why not post them earlier?”

Meanwhile, with two Christmas trees and dozens of decorations spread flawlessly across his living room, Onehunga resident Aaron Redmond said that to help others with their trees, his own decorating sometimes comes last.

“Because I’m doing the whole house, it takes a couple of weeks to get everything done. I’ll start in mid-November and try to get our house done. But I have a lot of friends and family so sometimes mine gets left for last.” He said he thought their requests came through as soon as they saw his tree up.

Redmond said some pieces alone can cost up to $200.

“I try to wait for Boxing Day sales, but that leaves you with leftovers. So I like to start earlier and sometimes I like to spend a little money on certain things.”

He said his hunt for decorations lasted all year.

“Once Christmas is over and everyone’s not thinking about it, I already am. One of the things I pay attention to is what the Americans are doing, they are really leading the way.”

And about early Christmas decorations, Redmond said it’s never too early to start.

“My mum used to tell me ‘it’s not December 1st, you can’t do that’, but you know what? Christmas isn’t made for rules, you’ve got to have fun.