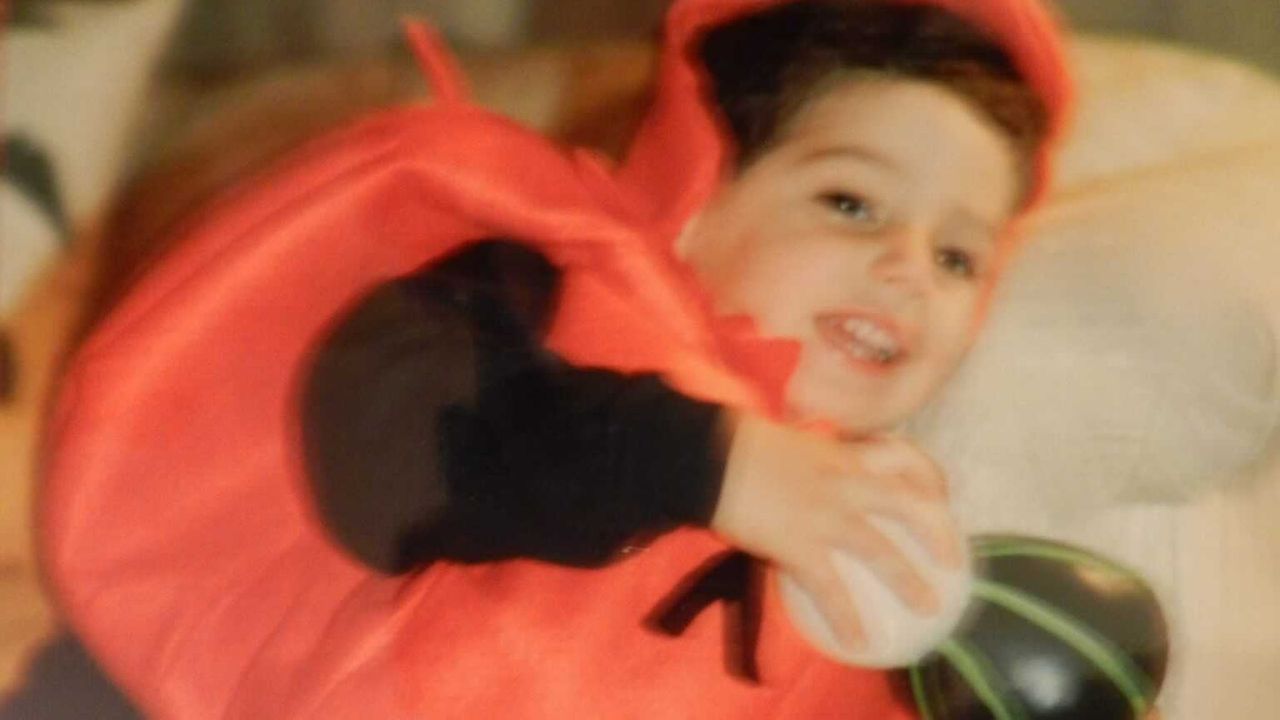 My wife has sometimes been rightfully and quite annoyed with me, or angry, or puzzled, or pleased, but it is possible that I have only once ever made her truly sad.

It was a few weeks ago on Halloween, when I tucked our daughter into her pumpkin costume. I turned to my wife Charlotte and said: This is Baby’s last first holiday.

Charlotte looked up with the kind of despair I think Ichabod Crane must have felt, just before the headless horseman came after his head.

Why would you say that? She said.

I apologized. I did not know. The realization didn’t hit me the same way. I was actually excited that The Baby would be old enough to put on a Halloween costume, without having to scream her horror and confusion at being shot.

The costume was one my grandmother had made me when I was a baby. It featured a matching orange hat with a green sprig. But I carried the hat in my pocket this Halloween, because The Baby doesn’t like new hats.

She has confident likes and tastes, and that’s something I already admire about her. Among the former are large kitchen utensils, electrical outlets, the edges of the bed, a special stuffed bulldog, any mobile phone and the book about a dinosaur blanket. A list of the latter includes hats, socks, jackets, her car seat and cute little shoes.

This is not an entirely fair characterization. It’s true that The Baby doesn’t usually like things the first time. The first time, or a few times, is – an adventure. It’s as if she feels there should be hardship in the news, that in regularity lies comfort. And then she widens her very wide eyes when her neglectful parents try to introduce something tentative, like bananas or other solid foods that aren’t blueberry-based.

Nevertheless, we have discovered that she also gets bored easily. She likes kitchen utensils because she can cycle through them. She is pacified as she is wheeled through the Brooklyn Museum by one of her somehow not boring grandparents, who are looking at the kaleidoscope of paintings. They have walked a lot. It’s pay what you want.

There is a contradiction in this, her irritation at the beginning but also the longing for new experiences. Maybe she thinks the best is over the horizon. But when she gets there, it’s exactly the same car seat she’s been in before. I’m sure at this age I’m mostly reading into her, but then I find myself trying to, say, distribute her first Halloween costume. She hates it. Then it’s okay, for stroller trick or treating. An hour later she is ready for her bulldog or something new.

In a way, I have been happy about this shift. Soon the baby will excitedly tell us why she likes the dinosaur book and also goes to college. There are so many exciting newbies to come between, along with all the perfect regularity.

On the other hand, my wife’s wisdom (as it usually does) is starting to work its way through me. Set before us is a diminishing field of first. Everyone who arrives is immediately passed.

Columnist Mark Chiusano’s opinions are his own.

Mark Chiusano is a member of the Newsday editorial staff.