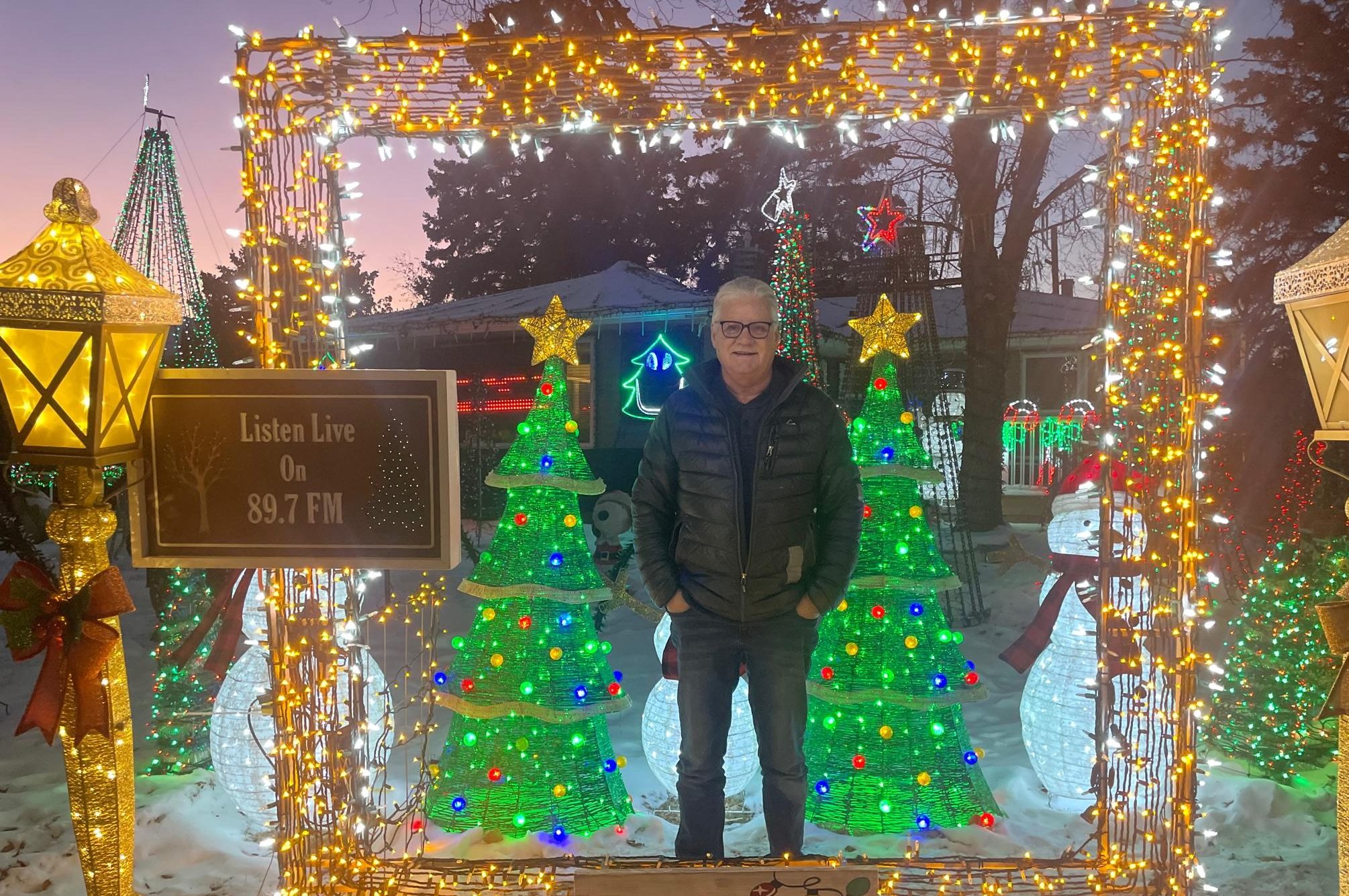 Saskatoon’s version of Clark Griswold lights up his extravagant Christmas light display for one final year.

Its last day will be January 8.

“This will mark the last year for the lights on Clinkskill Drive,” he told 650 CKOM Morning Show host Shack. “It’s getting to be too much work for an old-timer.”

The Saskatoon Christmas tradition began in 2008, when Lambie started watching YouTube videos on how to set up Christmas lights. He started with 25,000 lights. His setup has grown to 85,000.

He had no previous experience with Christmas lights and said it has been trial and error.

The shiny house attracts visitors from all over town. Lambie said cars can line up all the way down the street. Sometimes he and his wife hand out candy canes to visitors. they have given out as many as 700 in one night.

In his 15 years of the light display, Lambie said he’s always had a positive reaction and even received gifts like Tim Hortons cards in his mailbox.

Every September before it snows, he climbs up on the roof and starts assembling the lights. He also rents a hoist to wrap many strings around two large trees in his front yard.

He usually waits to tackle the rest until after Halloween but said because of the nice weather, his installation was done much earlier this year.

Lambie said he’s mostly doing the project solo, but also gets help from his nephew and his nephew’s girlfriend, who also help take it down.

It takes around 1,200 strings each year to make Lambie’s home shine as brightly as it does. The ultimate question is: How does he avoid tangling the strings?

He said the answer is simple: he keeps them neatly tucked away in a plastic storage bag, but even an experienced Christmas decorator has experienced the headaches of tangled strings himself.

Every year he said he checks the lights before they go on, but sometimes he puts them up on the roof and they don’t go on. Despite these frustrations, he is able to pull off the show every year.

Lambie has also implemented festive music to the display for visitors. He even bought a transmitter that drivers can tune into as they drive down the street.

“We used to do a longer show, but it got so busy that we cut back on how many songs (we played) per night to keep the traffic moving,” he said.

As for next year, he plans to sell his lights but will still keep a few strings for himself.